What is the difference between pipe and tube?

The difference between steel tubes and steel pipes:

1. Pipe Diameter and Tube Diameter
Steel tube
Steel tube is generally used for structural purposes and the OD is an important and exact number. Steel tube size is specified by OD and the wall thickness (WT); and the measured OD and stated OD are generally within very close tolerances of each other. Steel tube is usually more expensive than steel pipe due to tighter manufacturing tolerances.
Interestingly, while the stated and measured OD’s of steel tubes are almost exact most of the time, steel tube generally has a measured OD that is 1/8” larger than stated OD.
Steel pipes
Steel pipes are categorized as tubular vessels used in pipeline and piping systems, and commonly transport gases or fluids. They are specified by “Nominal Pipe Size” (NPS) and Schedule (wall thickness). NPS is a size standard established by the American National Standards Institute (ANSI), and should NOT be confused with the various thread standards such as NPT and NPSC.
The manufacturing of Nominal Pipe Sizes from 1/8” to 12” is based on a standardized nominal outside diameter (OD) that is different from the measured OD. NPS pipe 14” and up have measured OD’s that correspond to the nominal size.
For example: The actual outside diameter of 1¼” pipe is 1.625″ – while 1¼″ tube has a true 1.25″ outside diameter.
Pipes accommodate larger applications with sizes that range from a half-inch to several feet. Tubes are generally used in applications that require smaller diameters. While 10-inch pipes are common, it’s rare that you will come across a 10-inch tube. The nominal dimensions of tubes are based on the outside diameter. The purpose with a pipe is the transport of a fluid like water, oil or similar, and the most import property is the capacity or the inside diameter. Tubing is more used in structures so the od is the important number. The strength of a steel tube depends on the wall thickness. So tubing is specified by the outside diameter and the wall thickness. Steel tubes are also not only supplied in round sections but can be formed into square and rectangular tubes. Each square or rectangular steel tube has a different mother tube, meaning that they are formed from the original round tube. The round tube will pass through a forming and a sizing section on the tube mill. During the same process it will continue through a couple of sets of turks which will form the round tube to a square or a rectangular steel section.
Pipes are normally used to transport gases or fluids so it is important to know the capacity of the pipe. Here the internal cross-sectional area (defined by the id) is important. It’s therefore not surprising that pipes are specified by the inside diameter (id). It is common to identify pipes in inches by using NPS or “Nominal Pipe Size”. The metric equivalent is called DN or “diameter nominal”. The metric designations conform to International Standards Organization (ISO) usage and apply to all plumbing, natural gas, heating oil, and miscellaneous piping used in buildings. A plumber always knows that the id on the pipe label is only a *nominal* id. As an example, a (nominal) 1/8 wrought steel pipe will typically have a *measured* id of 0.269 (schedule 40) or 0.215 (schedule 80). (More below about those schedule numbers.)
The key in the difference is the application where both tube and pipe are used for. For instance, a (nominal) 1/8 schedule 40 pipe will have a wall thickness of 0.068 (id=0.269) while a 1/8 schedule 80 pipe will have a wall thickness of 0.095 (id=0.215).
And these schedule numbers do not reflect a constant wall thickness. For instance, a (nominal) 1/4 schedule 40 pipe has a wt = 0.088 while the same pipe in schedule 80 has wt = 0.119 Generally speaking, a tube will have a consistent OD and its ID will change.
Steel tubes used in structural applications would most likely be seam welded while pipes are normally a seamless steel product. Some steel tubes are also used in the transport of fluids, even though they are seam welded. These include steel tubes for water pipes and welded tubes are commonly used in the agricultural industry for manufacturing pivots. Such tubes will undergo a process called pressure testing were the tube is sealed at both ends and water is pumped through the tube up to a certain level of pressure. This will quickly indicate if there is a leak or a bad spot in the weld of the circular hollow section tested.

The wall thickness of pipes and tubes is an important factor to tell difference. The thickness of tubing is often specified by a gauge for thinner thicknesses and for thicker tubing it is indicated by fractions of an inch or millimeters. The normal range for tubing is 20 gauge, which measures .035 inch, up to a thickness of 2 inches. The wall thickness of a pipe is referred to as a pipe schedule, which you can find the relevant between pipe schedule and thickness in millimeter or inch in specification ASME B36.10. The most common schedules are SCH 20,SCH 40 and SCH 80. Schedule 40 is the most common and 80 is extra heavy. Which is needed to be noted, the pipe schedule is not set for all diameters; it varies. 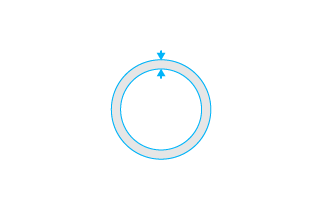 There is no formula between the pipe schedule and wall thickness, the only is to refer to the ASME B36.10 or relevant standards. 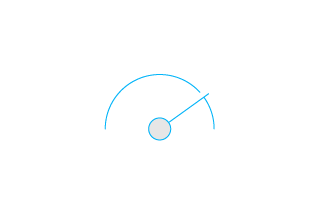 4. Manufacturing Difference of pipes and tubes
As we mentioned above, tubes will require higher level requirements, consequently, even from the material producing to the tube or pipe manufacturing process will be different. Tubes will require much more process, tests, inspection than pipes. The delivery time will be longer, too. The yield of tubes are comparatively much lower than pipes. Pipe manufacturing is easier compare to tubes and it’s in mass production

5. Cost & Price
As per to the above, to manufacture tubes will take much more labor, energy, material etc, so the production cost is surely higher than pipes. And just because the high level requirement of tubes, the low yield of tubes will also increase the cost and price. While the process of pipes is easier. And pipes  are manufactured in large lot and cut the cost.

6. Use of Pipes and Tubes
Pipes are used for fluids and gases, such as water, oil, gas or propane or as steam pipe, boiler pipe etc. Just because of this, the outside & inside diameter is the key measurement — it indicates how much can flow through the pipe. Also that’s the reason why the pressure rating is so important, because the pressure must be under the transport or distribute pressure range. Tubes, however, are often put to use in applications that require precise outside diameters, like with medical tubes, weapon part, industrial parts, cooler tubes, heat exchanger tubes and boiler tubes. Tubes are usually used in medical area, construction, structure or load bearing etc. This is why the outside diameter is important because it indicates how much it can hold as a stability factor.

8. Mechanical Properties and Chemical Properties
For pipes the pressure rating, yield strength, ductibility properties are more important. However, for tubes, the hardness, tensile strength, high precision is the key to high quality. Those elements like C, Mn, S, P, Si are the main chemical elements for pipes, and there is few microelements requirements . While for tubing, the microelements are very important to the quality and process.

9 Connection /Join Welding
Connecting pipes is more labor intensive as it requires welding, threading or flanges and relevant equipments. Tubes can be joined quickly and easily with flaring, brazing or couplings, but for this reason, they don’t offer the same stability. Pipe welding is safer than “tube join”.

11. Packing
Pipes to delivered are in bundle or just bulk delivery. Because we just need to protect the pipes surface from serious damage and no need to protect from any light chafing. While tubes are usually wrapped with wooden box or thin film for each tube, especially for medical area tube.

For outdoor field transporting or underground transporting, pipes need to be painted or coating to anti corrosion or oxidation. Tubes are sour cleaning or special polish treatment for particular field use.

For long transport or distributing, piping is often used in mass quantity and for long distance application. So, the order of pipes are usually large. While tubes may be used in small quantity.

14. Pipe End and Tube End
Pipe ends are usually in plain or beveled so as to welding. while tubes are with coupling ends or specially end finish, like irregular ends, special screw thread etc.

15. Application
Pipes accommodate larger applications with sizes that range from a half-inch to several feet. Tubes are generally used in applications that require smaller diameters. While 10-inch pipes are common, it’s rare that you will come across a 10-inch tube.

difference between pipe and tube , Pipe Diameter , Steel pipes , Steel tube , Tube Diameter
Share:
PREV： What is detail of nominal pipe size?
NEXT： How can flanges be classified based on face finish?